ARE YOU PLANNING THE 2023 SEASON? BELLA ITALIA WAITS FOR YOU!

ARE YOU PLANNING THE 2023 SEASON? BELLA ITALIA WAITS FOR YOU!

Registration opens today for the busy calendar of events that PWT Italia has created to let you live your sporting passion and discover the most beautiful places on the peninsula. Hurry to find out all the scheduled dates and sign up now to take advantage of the discounted prices. 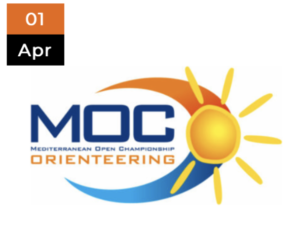 After the success of the World Masters in July, a great return to Puglia, in the beloved Gargano, for the Mediterranean Open Championships XVIII^ edition, whose competitions will also be valid as the FISO Italian Cup 1st and 2nd stage and World Ranking Event. The Municipality of Vieste and the Umbra Forest will once again host the orienteers people to challenge each other: on 1 April in the complex network of narrow streets of the historic center for the Sprint distance, while on 2 April for the Long distance in the Protected Nature Reserve of the Gargano, whose ancient beech forest is a UNESCO World Heritage Site. Click here for two days of sun, sea, and healthy competition! 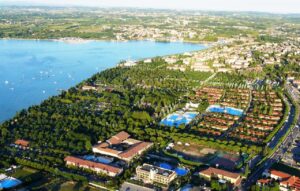 Are you still in the preparation phase and do you want to test the characteristic and unique tracks of northern Italy to better face the 2023 EOC? Then you cannot miss the MOC training Camps. As always in an itinerant formula, the appointment, designed for elite athletes, is in the wonderful scenery of Lake Garda: the sessions will embrace the Veronese shore, in the Municipalities of Verona, Peschiera del Garda, Lazise and Bardolino, with conformations similar to those of the European Championships venues. A real meeting for the community with a map and compass, including training sessions, seminars, and debates, during which the atmosphere of fun and sharing can be breathed. Click here to be part of the team! 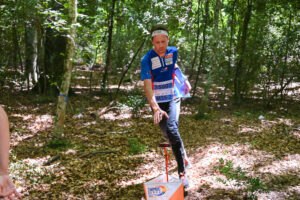 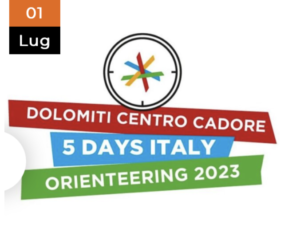 The 2023 5 Days of Italy will be held in the beautiful Cadore, among the most famous Dolomite peaks in the world, since 2009 a UNESCO World Natural Heritage Site, and lakes set among woods and small villages. In this territory of immense landscape value belonging to the Veneto province of Belluno, competitions of all distances will take place from 1 to 5 July: Middle in the Caralte Forest in Perarolo di Cadore (1 July), in the Somadida Forest in Palus San Marco (July 3) and in the Fiames Forest in Cortina d’Ampezzo (July 4), Long on Monte Zucco in Tai di Cadore (July 2) and Sprint in Pieve di Cadore (July 5). They will be days of sport and entertainment, read here all the event details 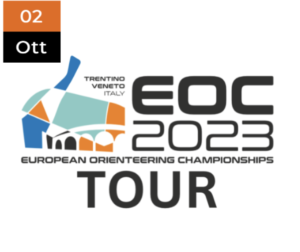 The European Championships will be accompanied by the EOC Tour from 1 October: the Verona city streets and districts will outline real maps with which everyone will be able to explore its stupendous historical and architectural identity through fun activities. The fulcrum of the event is the itinerant Orienteering Arena which, between games, treasure hunts, and spaces for the enhancement of local excellence, will animate the localities throughout the week. For those who want to enjoy the excitement of competition, there will also be some promotional ones in the Municipalities of Verona (1 October), Peschiera del Garda (2 October), Malcesine near Monte Baldo (3 October), Soave (4 October), Sega of Ala-Trento (October 5), Arco and Riva del Garda (October 6). Live this fantastic experience, click here!

First Italian time for the European Sprint Championships. Breathtaking departure for the challenges of the pros in the enchanting medieval village of Soave, in the province of Verona, on 4 October with the Sprint Relay, which will decide the strongest teams of the Old Continent. The Sprint distance king and queen will instead be crowned on 6 October in Trentino, in the historic centers of Arco di Trento and Riva del Garda, where the qualifications and finals will take place respectively. Finally, on 8 October the individual Sprint knock-out titles will be awarded in the heart of Vicenza, which will welcome the discipline again nine years after the 2014 World Championships on the Asiago and Lavarone plateaus. The distances will also be valid as the third and last stage of the 2023 World Cup. Information about the EOC, with the event center in Peschiera del Garda, here. 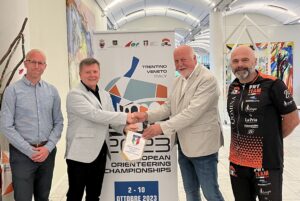