Riccardo Scalet wins in France at the “Festival des Templiers”

For the PWT Italia athlete, a new important confirmation arrives at the French Trail event, considered the oldest and most prestigious in the country.

The 2022 sports season is not over yet for Riccardo Scalet, who returns to compete in Trail races by filing a new victory at the “Festival des Templiers”, an event that has been held annually since 1995 in the territory of Millau (France), which has seen more than 12 000 athletes at the start, divided into the various routes designed from 10 to 160 kilometers.

Scalet was able to excel in the 30-kilometer race with 1100 meters of elevation gain, in the so-called “Monna Lisa Trail”.

“This is partly an unknown factor for me, as I am not yet used to such a demanding race format” – says Scalet after the test. “An immediately nervous start with the first part of the race in control always in first and second position, while in the technical part (last 3 kilometers) I managed to change pace, consolidating the victory.” 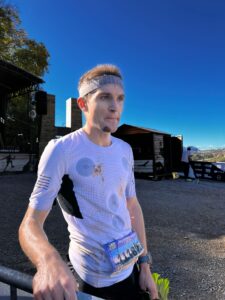 “For me the season is not over yet” – continues the PWT Italy athlete who in 2022 was able to conquer, among others, the knockout semifinal and the top 15 in the individual sprint at the World Championships (Denmark), as well as the fifth place in the World Cup final relay (Switzerland) – “next weekend I will compete in the French Sprint Championships on Saturday and at the French ‘Jukola on Sunday.”

Only after this appointment will it be time for some rest in view of the new season. For Riccardo, 2023 will be particularly important, with the aim of the WOCs in Switzerland on and the EOCs at home.