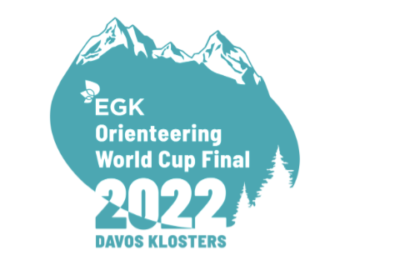 Final Round of the World Cup in Davos, Switzerland

The final round of the 2022 World Cup took place in Davos (Switzerland) from 1 to 3 October. The Relay kicked off the event on Saturday 1 October, followed by the Middle distance on Sunday and the Long on Monday, which officially concluded the 2022 international season.

Before the event we asked the athletes what their expectations were; Sebastian said he was ready to race with two goals: to get points in the world cup and try to gain as much experience as possible on the ground in view of next year’s world championships which will take place in Switzerland. Also for Riccardo, the event is seen as an important test in view of the big event. “After a summer full of training I can’t wait to be able to compete once again at an international level,” says the Primierotto athlete in the pre-event statements

The competition, therefore, opened with the relay on Saturday 1 October, and gave a historic day for Italy with the fifth place in the Italian relay consisting of Francesco Mariani, Riccardo Scalet, and Mattia Debertolis. An excellent fraction for our Riccardo Scalet was able to bring Italy from seventh to the second position, thus climbing the leading group. 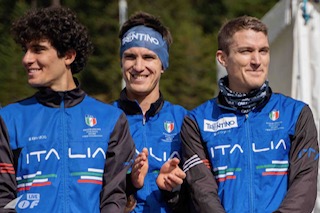 Riccardo Scalet after the race declared it to be my first time for him in the second half. “I started controlled” – says Riccardo “I read the card and I immediately reached the leading group, the pace was not so crazy!”

The following day, Sunday 2 October, it was the turn of the Middle distance, where Riccardo himself was the best Italian athlete with 25th place (at +3: 41). After the race, Riccardo said: “An unstable start where I struggled to find the right pace on the map. In the central part there are still some errors of 30-40 ”seconds. Considering the mistakes, this 25th place makes me even hungrier for tomorrow’s Long ”.

For Sebastian Inderst a performance with some inaccuracies, finished 72nd at +8: 31. After the race, Sebastian said: “I started the race carefully to get into the card well, and it went well. Until the long leg I felt slow, then I suddenly lost contact with the map and lost two minutes. After that, I reacted well, but after a few clean runs again I was unable to interpret the scoring area well and I lost another minute. Too bad, because the end of the race went very well again, so, in the end, those 3 ‘cost me a lot of places. ” 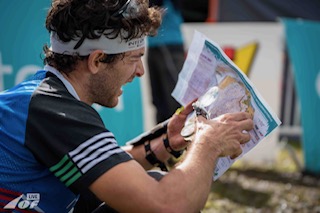 On Monday 3 October the Long distance concluded the event. For the boys, the route included 14.4 kilometers (with a difference in altitude of 635 meters) and 36 checkpoints. A test that put the competitors to the test, won with seven minutes more than the time foreseen by the organizers. The final ranking sees very close times (top 30 at +10 minutes) and Daniel Hubmann’s return to the top step. The best of the day for the Italian team is Riccardo Scalet who finished 28th at +9: 43. Also Sebastian had a positive performance with 38th place at +12: 32.

“I was able to find the right rhythm and flow right from the start. During the race, I made some small inaccuracies, but in general, I was making a positive test. This helped me find the right motivation to push in the last part where I was really tired, but it was worth it. ” Sebastian declared after his race.

“For me a good physical test where the legs have never been affected by the altitude or the differences in height, but technically I made many inaccuracies in the point area, still not being able to interpret the mapping well.” These are the words of Riccardo Scalet. 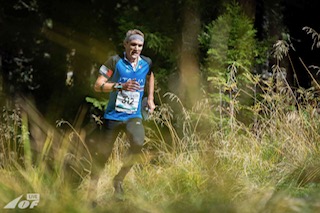 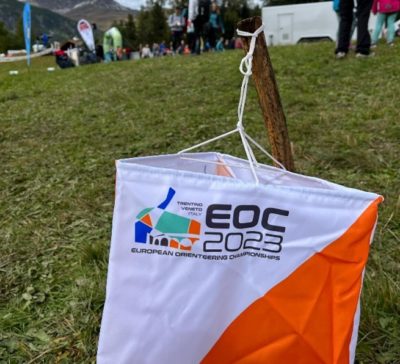 The PWT Italy Team Manager, Gabriele Viale, was also present at the event, commenting: “This World Cup final round for the Azzurri was an extremely positive experience with the historic podium in the top six of the men’s team. Combined with Ilian’s excellent race today, as well as Riccardo’s, it bodes well for the future. As regards our presence in Switzerland, we are present here as organizers of the European Championships together with Mauro Gazzerro (Fiso Veneto) and we have held meetings with the IOF, especially regarding the television production that will be implemented for the Europeans 2023. The World Cup final gave us the opportunity to interact with the apical figures