PARK WORLD TOUR ITALIA IS THE ITALIAN CHAMPION IN RELAY

A new weekend of national competitions ended in Trento with the Italian Middle and Relay
Championships. Tommaso Scalet, Sebastian Inderst, and Riccardo Scalet have respected
the prediction and with a solid performance have conquered the fifth consecutive Italian
title for the Park World Tour Italia team (unbeaten since 2017).

On Saturday 24 and Sunday 25 September the Italian Middle and Relay Championships
were held under the organization of Orienteering Pergine on the unusual map around Lake
of Santa Colomba, in Trento, that offered a very physical terrain due to the vegetation, with
the presence of holes of various sizes. 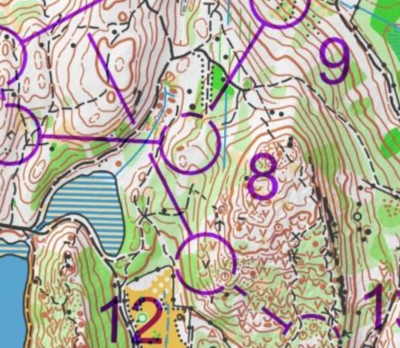 In the individual race, valid as World Ranking Event, the highlight of the day is the victory
of Giulia Dissette in Women 20. For Giulia, this is the second individual title in two weeks, a
good result for the next JWOC in Portugal, which has been rescheduled for the first
weekend of November due to the incidents that took place this summer in the areas of
competition. 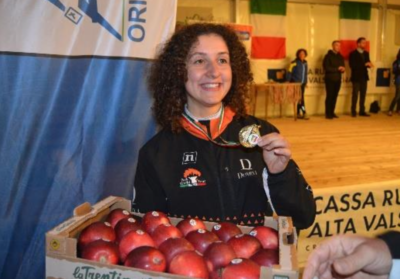 Giulia after her race said: After the weekend of training spent on the relevant terrain I
was ready and I couldn’t wait to run the races in such varied terrain. On Saturday I had a
good first part of the race, then I made a mistake here and there between the holes, and if I
have to reproach myself for something it is really not to have been cautious enough in this
area, which I knew I had to do. After all, I definitely enjoyed myself, and I’m super happy
with the result”;
In the Junior categories, we also find the silver medal for Celeste Nike Pretto and forth
a place for Alessandro Bedin, who once again demonstrated his growth and consistency,
seeing the bronze fade for just thirteen seconds.

Moving on to the Elite categories, in the women’s a good performance by Annarita
Scalzotto – 6th place overall – earned her the first individual Elite medal, the bronze. Also
present at the race was the French athlete Maëlle Beauvir, a member of PWT Italy, who
managed to get a good fourth place.
Regret in the men’s class  for the absence of medals. For Riccardo Scalet, it was a retirement
after a minor ankle injury that occurred in the middle of the race. The athlete, in
preparation for the Final round of the World Cups in Switzerland, has decided to withdraw
from the race also in view of the relay race the day after. Sebastian Inderst finished
seventh (fifth Italian), and with him, we had the opportunity to analyze the race.

On Sunday 25 September the Italian relay championship took place with the fielding of 7
relays for PWT Italy. In the men&#39;s Elite, our team has been unbeaten since 2017, and once
again the team made up of Tommaso Scalet, Sebastian Inderst and Riccardo Scalet
managed to achieve a solid performance that awarded them the 5th consecutive title.

After the race, Riccardo Scalet declares: “For me a redemption race after two bad
performances at the Italian Long and Middle championships. The race runs initially with some
inaccuracies, in the second part of the race instead reset and better sensations. The fifth title
in Elite with Tommaso and fourth with Sebastian, for us, is always a goal and a nice
confirmation!” 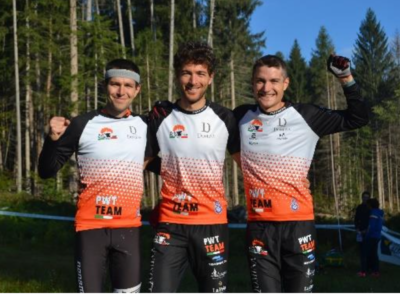 Also for the Elite girls, it was an extremely positive day with the victory of silver by Carlotta
Scalet, Giulia Dissette and Annarita Scalzotto. The second relay of the Park World Tour
Italy, not in contention for the title, was also on the podium, formed by Maelle Beauvir,
Ekaterina Vlasova and Noemi Inderst, managed to get third place in the overall
results.
Annarita on team performance says: “The formation of the relay was decided at the last
minute: initially, I had to be me at the mass start and Carlotta last, but after verifying the
physical conditions of each one in Saturday’s race, we made the decision together with the
Team Manager to reverse the order. Sunday, after a surprising first leg of Carlotta, who
was not in good shape but was able to complete the race anyway by changing to the second
position, Giulia kept the team stable, and then I finished without losing the position. We
know we could have aspired to the title, but now we have unfinished business for next year.
However, it was a great growth experience for the whole group. &quot; 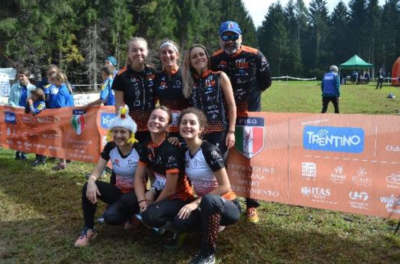 It remains for Team Manager Gabriele Viale to take stock of the race weekend: “I am
satisfied with the team’s performance. Starting from Saturday we honored the club, taking
home an Italian title and three podiums (in addition to the various top 6). On Sunday we hit
the target: in the men’s Elite the men managed to redeem themselves from the individual
race, while in the women’s we managed to place our two relays on the podium of the day,
a result even more valuable if we think that two of the girls who have won silver are still
Junior athletes.” 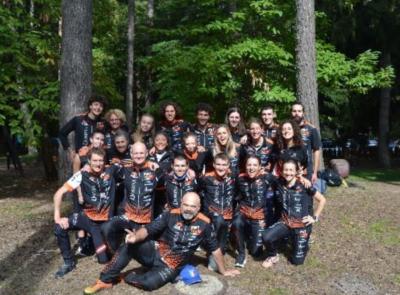 Next weekend will feature the best athletes in the world, who will compete in the last round
of the World Cup in Davos, Switzerland. For our club Riccardo Scalet and Sebastian
Inderst is once again present representing Italy, to whom we wish us the best of luck.